A Tendency is a manifestation of one’s passions and desires; the will they wish to impose upon the world. They have a wide variety of possible abilities, with effects ranging from being able to modify the density of an object, to being capable of taking the eventual change of one object and applying it to another. Their only limiting factor is how creative or destructive one is capable of being with them. Those who contain Tendencies are typically called Users. Some of them let their incredible power go to their head, and others simply don't. At the end of the day, they are human. They are still incredible examples of the human spirit: but they are not gods. This, perhaps, makes what they are capable of even more impressive. Tendency Users seem to be drawn to one another, their wills to change the world joining and clashing in tangled knots of fate and destiny. It is unknown how these abilities manifest. But what can be said with a degree of certainty, is that they will ensure the world will change

Tendencies is a tabletop game that utilizes the Powered by the  Apocalypse engine, about fighting with incredible abilities, born from the strength of your heart. Inspired by shows such as JoJo's Bizarre Adventure, Hunter x Hunter, and Naruto, It's currently 49 pages long, and in a tentative release, with more updates coming on the way. It plays in two halves; a more laid back, Downtime section, for roleplaying and relaxation, and a Confrontation section, for over-the-top, bombastic battles. It comes with moves, explanations of the mechanics, playbooks, and some abilities for you to play around with! This book is not the final version.  However, by purchasing this version, you will get access to any further releases!

You can download basic rules for the game and four playbooks below (The Ambitious, Bellicose, Cartoonish, and Delinquent). However, by purchasing the full game, you'll get access to the full rules, as well as 12 additional playbooks.

If you run or play a game of Tendencies and have some feedback, feel free to contact me on my Twitter, which can be found at @tendenciesg

The Amazing Cover was done by Kelly, or @amphoera on Twitter! Please check her out!

Buying Tendencies gives you access to a free copy of Gravity, which you can access through the sale below!
https://itch.io/s/30116/tendencies-the-gravity-of-our-damnable-hearts

Free Supplemental Hacks For Tendencies Can Be Found At The Links Below!

You can download an editable version of the playbooks here, created by

You can check out additional, fan-made playbooks at the link here

In order to download this Tabletop Game you must purchase it at or above the minimum price of $15 USD. You will get access to the following files:

I don't mean to be annoying, but would it be possible to change the color for the hyperlink text on this page? It's all basically invisible to me the contrast is so low.

Sure thing! Thank you so much for pointing it out; it's just been fixed! Sorry about that; I didn't realize that by changing the background, I should have changed the hyperlinks as well!

idk if you heard about it, but this game is very similar to the anime jojo's bizarre adventure

Hey there, love the game, asking for a quick rules verification. So with the basic move “Flurry of Blows”, the text reads “On a 7-9, choose one of the below, in addition to dealing your damage”. One of the options is “Your attacks fail to connect; do not deal your damage.” Is this intentional? Can I optionally choose to just... Not deal damage on a successful hit? There doesn't seem to be any other mechanical perk to it. It kinda seems like a waste of an option unless I'm missing something?

You bring up a fair point! That option is supposed to allow you to dodge the consequences of a mixed success; but at that point, it's almost like you didn't roll the move at all. Thank you so much for the feedback; I think I'll change that option to something more interesting in the  next update!

Absolutely! Just as a suggestion, maybe even change the wording a little? Something to the effect of “you don't give the enemy a chance to counter” or “deal less damage, but avoid an enemy trap”. Heck maybe even “deal no damage but gain Momentum”.

I'll think on that!!! Thank you again; this is incredibly helpful!

This game got a shout out recently, and I thought I'd come check it out, but now I've read this page four times and I can't really tell what the game is about, so I am sad.

I'd also recommend reading the demo? But the page itself has been updated to make what the game actually is a little clearer. Thanks!

Somehow I missed the existence of the demo.  I think I'm not quite accustomed to the Itch.io UI yet.   Thanks, I'll check it out!

Let's rock or roll. Or excuse me, play some punk piano in a gondola station.

Thank you so much for writing this game Dusty.

I made a suit for a crane and then had a showdown with them and I will never forget it.

This fucking kicks... thank you so much for playing... 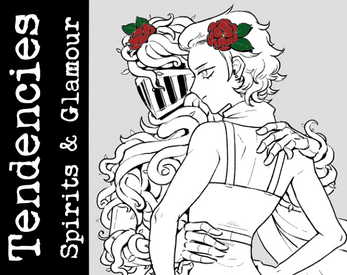